The Hyperconnected Europe initiative kicks off with over 50 cities and regions from 15 European countries already expressing interest and attending introductory webinars. The initiative will see the participants come together to explore how hyperloop can help to solve the growing need for transport of goods and passengers in a sustainable fashion. The European Commission predicts that demand for transport will increase by 60% in the next 30 years, while transport-related emissions will have to be reduced to zero.

Launched by the Hyperloop Development Program, the initiative connects mobility and transportation specialists from cities and regions all across Europe. Cities can express their support for the initiative by signing a Letter of Support. Pioneering cities and regions that have signed such a letter are Berlin (Germany), Groningen Province and Rotterdam (Netherlands), Flanders (Belgium), Zaragoza and Algeciras (Spain).

Throughout the year, any interested city can participate in thematic workshops on hyperloop services for passengers and cargo, integration with existing modalities, implementation of stations and tubes in the existing built environment, and the benefits and challenges of a future hyperloop network.

The first stage of the Hyperconnected Europe initiative is to conclude in June with a final report that will summarize the results and sketch the outlines of the European hyperloop system. The main outcome of this stage is a shared understanding of how to best implement a continent-wide hyperloop network within the next decade.

“Realizing zero emission mobility while the demand for transport keeps growing, is a huge challenge,” Stan de Caluwe, Project Lead of Hyperconnected Europe explains. “Building new infrastructure in Europe typically takes at least 10 years, so this is the right time to start planning for building hyperloop connections instead of widening highways or expanding airports. Cities and regions are the ultimate beneficiaries of a hyperloop system, and they should be involved with the design of that system from the start, so that we are certain that it meets our future needs.”

The Hyperloop Development Program, initiated by a group of public and private partners including the Dutch government and the European company Hardt Hyperloop, is also responsible for the realization of the European Hyperloop Center (EHC). Among other things, the EHC will be the home to a three-kilometer-long test track that will soon break ground in Groningen, the Netherlands. Testing is due to start next year to allow system certification for cargo transport by 2025.

“With the Hyperconnected Europe initiative, we hope to identify routes and cities that have a future mobility or connectivity challenge that could be solved with hyperloop,” De Caluwe concludes. “We welcome any European city or region to participate and join the discussions so that the potential of hyperloop, as a sustainable alternative to time-sensitive transport of passengers and goods, can be fully achieved.”

A viable candidate for the first commercial hyperloop route is the corridor between Amsterdam and Rotterdam. The Cargo-Hyperloop Holland feasibility study published last year had demonstrated that even with cargo transport only, the benefits outweigh the costs of building and operating the infrastructure.

About the Hyperloop Development Program

The Hyperloop Development Program is a public-private partnership dedicated to developing hyperloop as a high-speed, zero-emissions transport solution that could play a significant role in the climate transition, while simultaneously delivering economic growth. The program is initiated by Europe’s leading hyperloop company Hardt Hyperloop from the Netherlands and supported by Dutch ministries, the province of Groningen, and an ecosystem of hyperloop-related companies and knowledge institutions.

Hardt is a hyperloop company that was founded in 2016 in the Netherlands. The founders of Hardt are part of the team that won the global SpaceX Hyperloop competition organized by Elon Musk in 2017. The diverse team of 35+ people from all over the world, and many more specialists at partner companies, is working tirelessly to bring this new transportation system to market while addressing all aspects concerning the implementation of an international hyperloop network.

Hardt demonstrated all core hyperloop technologies at their full-scale hyperloop test facility in 2019, and is currently realizing the European Hyperloop Center in the Dutch province of Groningen, which is a high-speed test facility open for all hyperloop developers.

Hardt is the initiator of the Hyperloop Development Program, a public-private partnership dedicated to develop hyperloop as a high-speed, zero-emissions transport solution that could play a significant role in the climate transition, while simultaneously delivering economic growth. 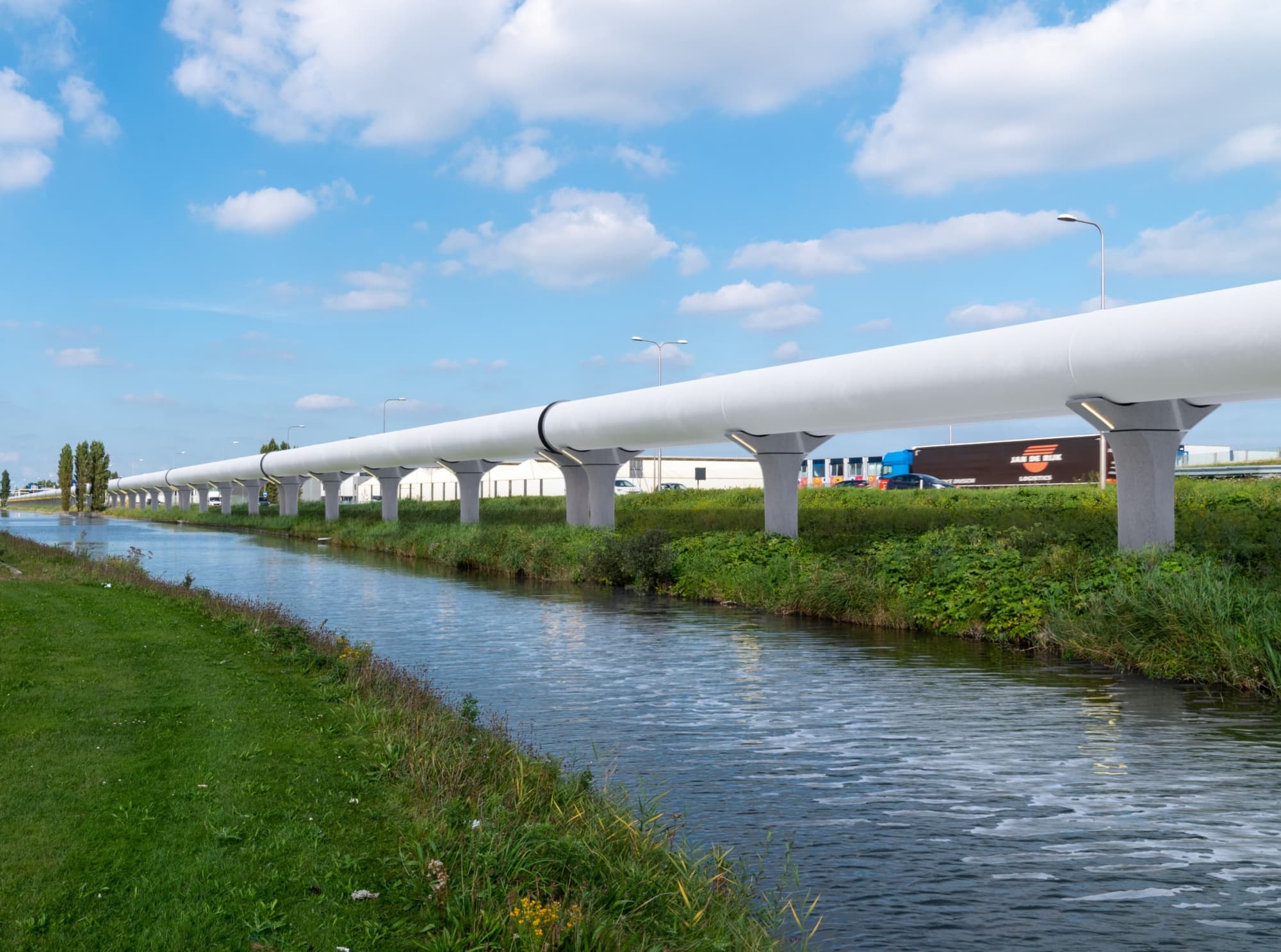 1,100 fewer trucks on the A4 motorway every day in 2030 due to the hyperloop route between Rotterdam and Amsterdam  The realisation of a hyperloop network for goods between the…