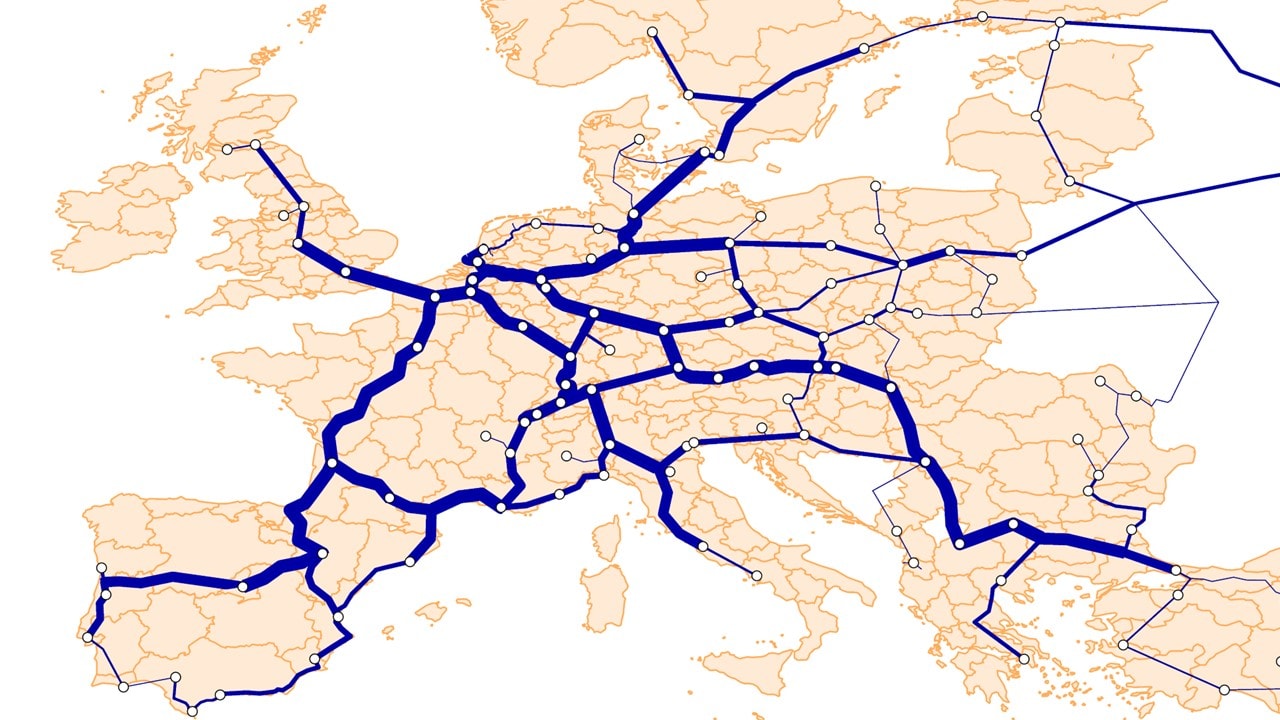 Rotterdam, The Netherlands — : Hyperconnected Europe, an initiative of the Hyperloop Development Program (HDP), has seen participants from the public sector come together to explore how hyperloop can help to solve the growing need for transport of goods and passengers in a sustainable fashion.

Launched in February 2022, the initiative connects mobility and transportation specialists from cities and regions all across Europe. Cities and regions that have expressed their support for the initiative by signing a Letter of Support include Berlin, Munich (Germany), Provinces of Groningen and North Holland and Rotterdam (Netherlands), Flanders (Belgium), Brasov (Romania), Rzeszow (Poland) as well Zaragoza and Algeciras (Spain).

Since the launch, cities and regions have participated in thematic workshops on hyperloop services for passengers and cargo, integration with existing modalities, implementation of stations and tubes in existing built environments, and the benefits and challenges of a future hyperloop network.

The first stage of the Hyperconnected Europe initiative has concluded with a vision paper that summarizes the preliminary results and sketches the outlines of the European hyperloop system. The main outcome of this stage is a description of the hyperloop system, a map of the European hyperloop network, a strategic demand, preliminary impact and cost assessment, and the role it can play in urban development. HDP member Hardt Hyperloop contributed the research and analyses within the report as port of its work in the program.

Wolfgang Wittmann, Managing Director of Munich Metropolitan Region says: “Sustainable transport and mobility are crucial for a prosperous and futureproof Europe and hyperloop can play an important role. It only makes sense for Munich Metropolitan Region, as a major technological and economical hub in central Europe, to be involved in the creation of this vision for the European hyperloop network.”

“Achieving zero emission transport and mobility is a huge challenge and hyperloop could be the missing piece of the puzzle,” Elisabeth Geysels, Managing Director at VIL, Flanders’ Spearhead Cluster for Logistics, argues. “Aside from zero-emission high-speed passenger transport, it also shows great promise in improving logistics efficiency for time-critical goods.”

The vision paper outlines what hyperloop can mean for the net zero goals of the European Union, while fostering further integration of the European market and improving connectivity between cities. After being presented with the report during a visit to Hardt Hyperloop’s test facility in Delft, Caroline Nagtegaal, Member of European Parliament, confirmed her support for the initiative and the outcomes of the report. “Hyperloop has major potential to improve the efficiency and sustainability of the modality mix. Therefore, the European Union should support and foster further development.”

About the Hyperloop Development Program

The Hyperloop Development Program is a public-private partnership, between the Dutch Ministries of Economics & Climate and Infrastructure & Water Management, the Dutch Province of Groningen and a group of industry parties and knowledge and research institutions, dedicated to developing hyperloop as a safe, sustainable and commercially viable mode of high-speed transportation and to bring the hyperloop to commercialization. The Program aims to prove the feasibility of hyperloop as a safe and sustainable low-emission method of transport of people and goods, test & demonstrate in the European Hyperloop Center, and identify the future prospects and opportunities for industry and stakeholders clustered around the hyperloop ecosystem. 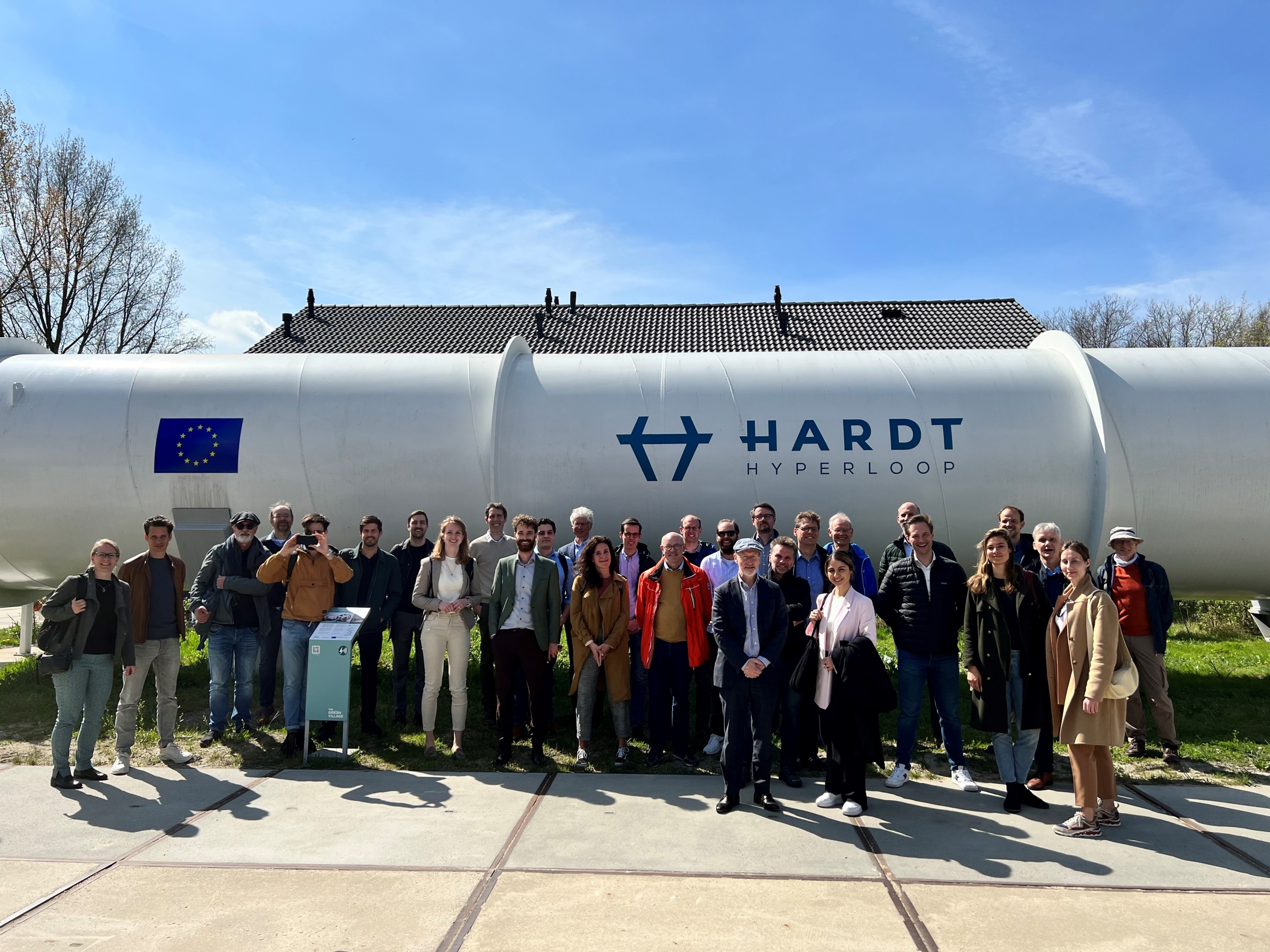 A group of officials from the innovation department of the Ministry of Economic Affairs and Climate Policy – Ministerie van Economische Zaken en Klimaat – visited the hyperloop testing facilities in Delft…. 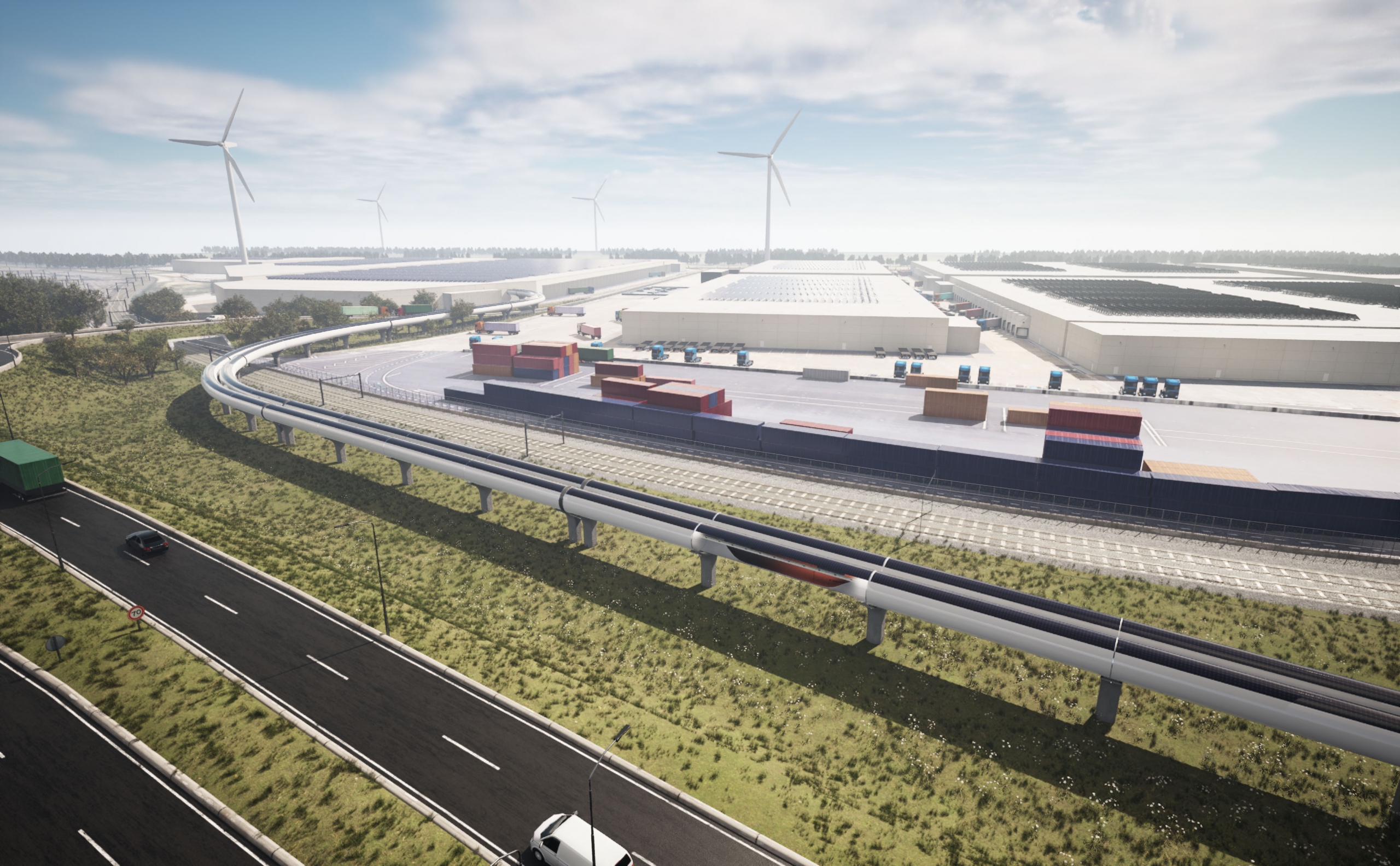 The Hyperconnected Europe initiative is a community of cities and regions jointly creating a vision for the European hyperloop network. It is established by the world’s largest public-private partnership around…